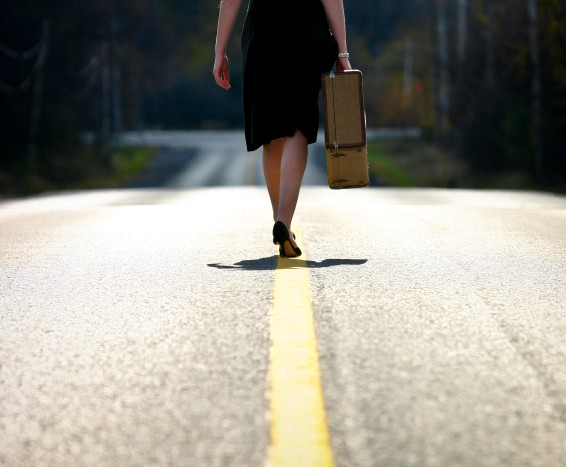 The following letter from a reader illustrates a very common problem among Christians.

I am facing divorce. I want to reconcile with my wife but she is unwilling at this point. I believe as followers of Jesus that there is no room for not seeking reconciliation and so I am not wanting to even participate in divorce proceedings, mostly out of hope that she will reconsider. So I am not sure even what to do. There is no adultery or abuse or any grounds. She just wants a different life without me.

Even if the worst happens, I want to do my best to honor the Lord, my commitment, and to offer love and forgiveness in the hope of reconciliation.

Naturally, I changed the man’s name to protect his identity; however, I didn’t alter the details of his circumstances. I didn’t have to. His situation is so tragically common, this letter could have come from any one of a thousand different men or women over the last couple of months. He finds himself abandoned, bewildered, and timidly trusting that no response is the best response.

Many people in his position have adopted a similar stance, saying in effect, “If my spouse wants to sin by pursuing a divorce, I’m not going to participate because that would be aiding and abetting his/her wrongdoing.” Their mistake is thinking that remaining passive will leave room for reconciliation and that hiring an attorney is responding to evil with evil. They also nurture an unspoken hope that bravely absorbing all wrongdoing will somehow prick the conscience of their sinning partner and eventually bring about repentance. Unfortunately, nothing will kill their chances for reconciliation faster than passivity. Here are at least three reasons to avoid a passive response to sin, including the sin of abandonment.

First, a passive response reduces respect, the life-blood of marriage. Dr. James Dobson explains this dynamic well in his book, Love Must Be Tough:

Successful marriages usually rest on a foundation of accountability between husbands and wives. They reinforce responsible behavior in one another by a divinely inspired system of checks and balances. In its absence, one party may gravitate toward abuse, insult, accusation, and ridicule of the other, while his or her victim placidly wipes away the tears and mutters with a smile, “Thanks, I needed that!”[1]

If respect is attractive, a passive response causes the abandoned partner to appear even less attractive to his or her mate.

Second, passivity actually hardens a sinner in his or her sin because a passive response to sin never brings about repentance. (If repentance occurs, it is because the sinner felt pressure from some other influence.) It is part of our fallen, sinful nature to silence the voice of our own conscience and to drown out the conviction of the Holy Spirit. And we will go to extraordinary, even bizarre lengths to do it. Moreover, we find it easier to justify wrongdoing as long as continued sin remains convenient.

It is a sad truth that morality only becomes an important issue when the consequences of sin cause us enough pain.

Third, a passive response to sin—including the sin of abandonment—empowers the partner who is least capable of making rational, godly decisions. When one partner dedicates himself/herself to pursuing sin, the primary issue at stake is no longer morality, but power. This is an unfortunate truth, but one all too frequently forgotten.

It is pointless to argue morality with someone who has abandoned morality. It is equally pointless to reason with an unreasonable person. Before any substantive talk can take place, the balance of power must be restored. When the wayward spouse no longer has the power to do anything he or she pleases, then he or she will be open to hearing about “right” and “wrong” from the godly influences.

The best response to sin—including the sin of abandonment—is an active response. All actions should be carefully measured and kindly firm. This means retaining the services of a tough family law attorney, preferably one who is Christian. These are terribly difficult to find, so abandoned partners may have to settle for a nonbeliever who sympathizes with the goal of saving the marriage.