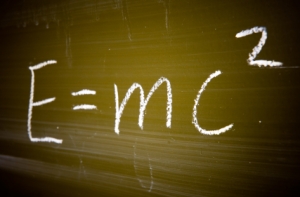 In the early 1960s, Thomas Kuhn wrote a book titled The Structure of Scientific Revolutions, in which he coined the term “paradigm shift.” When scientists can no longer make sense of their data using the established theories, someone stumbles upon a new perspective that sparks a scientific revolution. The facts don’t change; we merely change our way of looking at them.

A quick review of history reveals that paradigm shifts almost always result in dramatic improvements for humankind. Yet, for all the undeniable benefits they bring, paradigm shifts are rare and precious events in human history. That’s because adopting a radical new perspective is a costly venture. To embrace a new paradigm, we must accept no less than four conditions or else accept the limitations of the old way of thinking.

Second, we must be willing to challenge what we believe to be true. This is not a denial of truth; merely a willingness to put our understanding of truth to the test and to let it stand on its own, or fall away. This is undoubtedly the most difficult condition, and what keeps paradigm shifts from occurring more often. This requires humility, admitting we may have defended and promoted a faulty perspective. It also demands faith, genuinely trusting that our perspectives and truth are not the same. And it calls for courage, a steadfast confidence that truth will prevail if we keep a relaxed grip on our perspectives.

Third, we must be willing to go back to the very beginning and rethink everything we now take for granted. While the exercise often feels like reinventing the wheel, it is necessary. A faulty assumption, no matter how innocent or small, can potentially undermine an important breakthrough.

Finally, we must be willing to be misunderstood. People who do not see the need for a new perspective (usually because the old paradigm has not failed them) zealously resist change and tend to regard anyone arguing for change as an enemy. Consequently, the integrity, intelligence, qualifications, or motives of those embracing the new paradigm will be called into question.

Revolutionary thinkers pay a terrible price for their innovations. Most die penniless and persecuted in their own time, only to be celebrated as heroes when their radical idea becomes the standard view. Eventually, their sacrifice becomes humanity’s reward.

Do you have a crazy idea? Do you have a vision for how things could be different? What price are you willing to pay in order to see it through?